When Pete Jive sings, charisma glides out of him and hugs you. Jive's gyrating, crazy legs maneuvers, turn-on-a-dime leaving two nickels syncopated rhythms, and punchy lyrics will heart-imprint you. A Pete Jive performance is an all-in, no one left seated affair, where Jive locks eyes, ears, legs, voice, fingers, and rapt attention around his audience. You don't hear a Pete Jive set; you and Pete live through it, together—that's the attuned intimacy Pete delivers to audiences.

In March 2020, Jive released "Live at the Roundhouse," a solo live recording at the historic Aurora nightclub. It is raw, energetic, charismatic Jive in his element—crowd sounds and a bare-naked mix bring the Roundhouse into our living rooms. You hear love in the hearts, sense sway in the girls, and feel grit on the floor—Half-drank beers in tall glasses paired to smiling faces and wiggling asses. Recorded just twelve days before America shut down, it's a chi-ful reminder of just how carefree we could be on February 28, 2020, and how we will feel again.

>No Sign of Regret, Jive's first album, released in 2011, is a powerful collection of ballads combining complex rhythms with uplifting, empowering messages of self-reliance and resilience. Jive's second album, released in 2013, "Sleep When I Die," delivers a title track so catchy you will swear you already heard it. In 2018 Jive's childhood collaborator John D. Rowland invited Jive to join JDR & the Broadcast. Cinnamon, JDR's 2018 LP, features the rousing Jive tune "Hurts as it Heals."

While it has been nearly two decades since Pete Jive shows were flash-mob, parking lot gigs featuring Naperville's finest as the encore, his passion-dripped heartfelt swagger continues. Pete once met and chatted for a few minutes with former Black Crows keyboardist Adam MacDougall. Months later, MacDougall's band Circles Around the Sun published an uber-trippy instrumental song titled Pete Jive. That is the charisma-colored coolness Pete brings to every performance. Do your soul a solid, lace up your dance shoes, boogie on over, and experience an American flat-picking classic crooner. 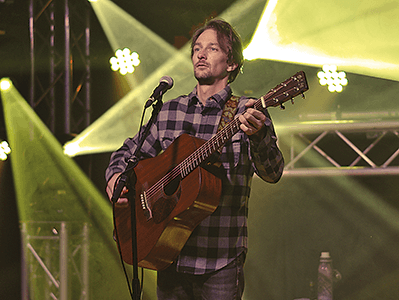 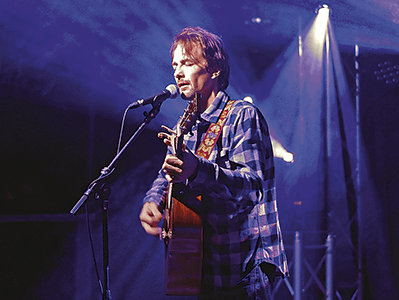